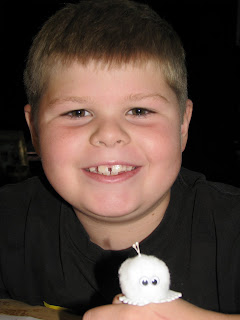 Julien has been learning about the story of Warm Fuzzies, and Cold Pricklies at school. His teacher gave each of the students in the class a Warm Fuzzy. Julien loves it so much. He made a him a little house, and gave him a minature skateboard.

Logan was slightly jealous. So Julien wrote him a nice card at school and got him his very own Warm Fuzzy.

Here is the letter:
Dear Logan,
You are a good brother to play with. I know how it would feel without you. I love you.
Julien 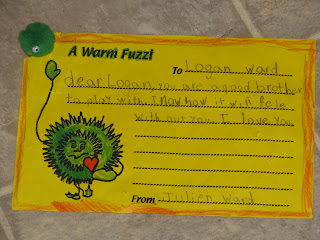 Jon is a Rock Star! 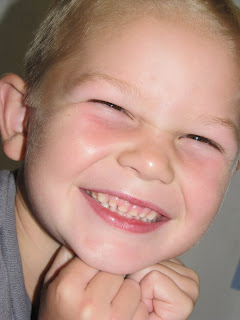 Today we tried to piece together Jon's outfit for Halloween. He wants to be an 80's Rock Star. I drew on a piece of paper what I think it should look like. Logan thought it was so funny that he made an exact replica of it. It looked the exact same as mine. That kid is so talented. 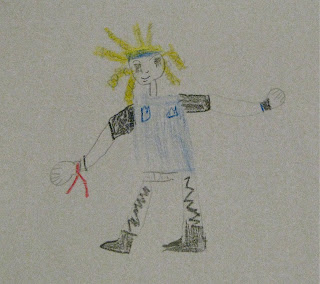 As soon as Jon came home, Logan gave him the picture he drew of him. He was so excited. 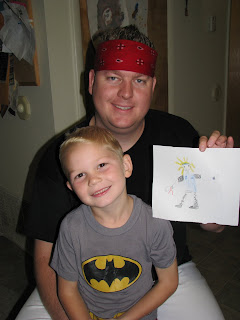 Posted by Jon and Maeva at 9:56 PM No comments: 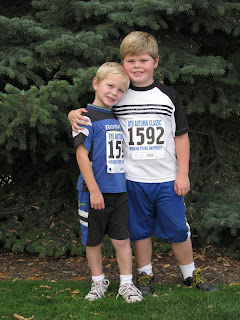 Julien and Logan participated in BYU's 2009 Triple Crown today. It is a race for elementary school aged kids that was 1 mile in length. Each of the kids raced against each other according to their gender and grade. It was was so fun to watch. The boys did so well. I was so proud of them. 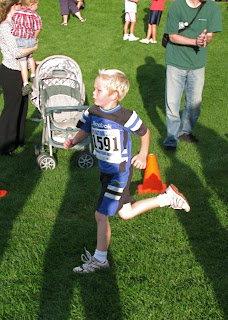 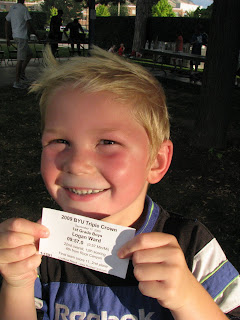 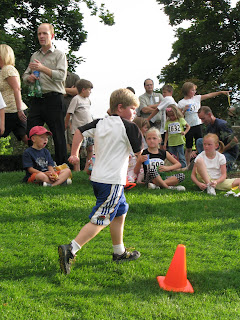 I was hesitant at first to put Julien in the race because he does not have the same lung capacity as Logan, but after many talks and interrogations, he convinced me that he was up for it. So I signed him up.

The very day of the race, he had karate. In fact we had to leave 5 minutes early to make it to the race. Julien's karate class was especially hard that day. They had to run laps, and do squats for most of the class. I was so worried, I thought his legs would give up before the race even started.
As we waited, I told him: "Julien, it is going to be hard, very very hard. You are going to want to give up, but you should not, you should keep going even it is gets really hard."

So he raced. After 8 minutes or so I saw him comming back around. Poor kid, he was slowing down, but not stopping. As soon as he saw me, he started picking up speed. He finished the race in 10 minutes 42 seconds.

Afterward, he told me: "maman, I wanted to give up so many times, but I remembered- Don't give up, Never give up." I was so proud of him. 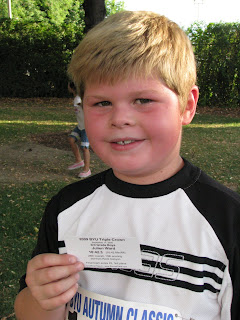 Posted by Jon and Maeva at 9:22 PM No comments:

We all got our new belts this week. It was so fun to move up a rank.
My parents and Alex came to show their support.

Julien showing off his blue belt 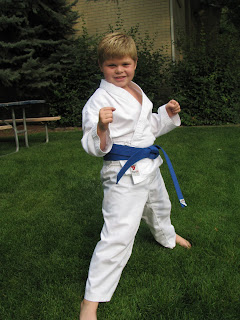 Logan with his yellow belt 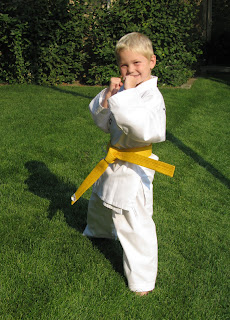 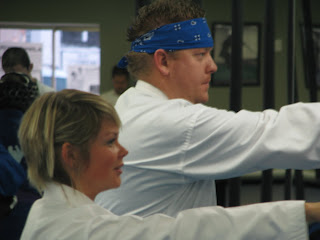 Posted by Jon and Maeva at 8:25 PM No comments: